The benefits of drinking wine

The benefits of wine

The bright colors of wine, clear and transparent body, make people pleasing to the eye; pour into the cup, the nose of fruity wine; when tasting, the tannins in the wine have astringency and promote appetite. All these make the human body in a comfortable and euphoric state conducive to physical and mental health. 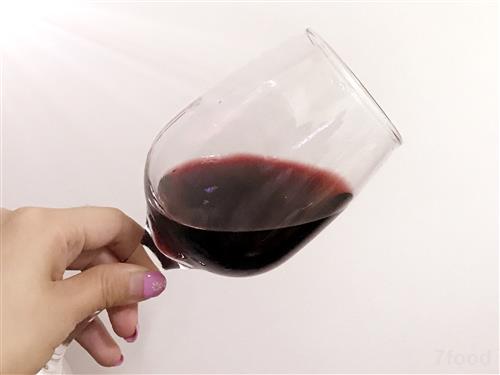 Wine has nutritional properties, and its chemical composition is relatively complete. It is a good source of inorganic mineral nutrients and organic vitamins, and can supply a certain amount of heat to the human body.

The thiamine contained in the wine can restore fatigue and excitement.

Japanese scientists have found that Red Wine can inhibit fat absorption. Rats have experimented with it. After a period of drinking, the mouse found that its absorption of fat in the intestines slowed down. Clinical trials in humans have reached the same conclusion.

Wine has a role in weight loss, with 525 calories per liter of dry wine, which is only about 1/15th the average daily need of calories. After drinking, wine can be directly absorbed and digested by the body and consumed in 4 hours without increasing body weight. Therefore, people who regularly drink wine can not only supplement the body's needs of water and nutrients, but also help lose weight.

Since ancient times, red wine has become popular as a beauty product. Some people say that the French woman's delicate skin, moisturized and elastic, is related to the regular consumption of red wine. Red wine can prevent aging, make the skin less wrinkles. In addition to drinking, there are many people who like to red wine on the face and body surface, because the low concentration of acid has anti-wrinkle cleansing effect. Although there are many benefits to drinking red wine, there are also quantitative restrictions. Experts believe that drinking red wine, according to the calculation of alcohol content of 12%, should not exceed 250 milliliters per day, otherwise it will harm health.

Harvard University research found that: red wine can prevent macular (visual film) degeneration. Macular degeneration is caused by the release of harmful oxygen molecules, which causes damage to the macula in the body. Wine, especially red wine, contains resveratrol, a substance that eliminates the oxygen-bound-off-group, and protects the visual acuity from harm. . The test confirmed that people who regularly drink a small amount of red wine have a 20% lower risk of developing macular degeneration than non-drinkers.

The results of the trials released by scientists show that proper drinking of wine can help improve brain memory and learning ability. Two doctors from the University of Milan have conducted extensive experiments and found that moderate drinking of wine will promote the production of a certain amount of chemical substances in the brain, which can promote the generation of a kind of memory related to nerve cells. It has been determined that the amount of this produced after drinking wine enhances the memory and learning ability of the brain compared to the non-drinkers. Another doctor found that obese patients drinking wine properly during weight loss will maintain strong energy and will not be sluggish due to dieting, leading to memory loss.

So far, the world is still unsure about influenza, because influenza viruses are resistant to most drugs. However, people have found that people who drink wine often have very few colds. This phenomenon has attracted attention. They tested red, white and grape juices in viral cultures. The result is that common cold viruses such as the Coxsackie virus of herpes simplex virus can be lost in both wine and juice. Vitality, in which the raw juice leached by grape skins works best. Scientists believe that this is because grapes contain "phenol" compounds that can form a thin film on the surface of viruses, making it difficult for them to enter human cells, thus achieving the effect of preventing colds. Since "phenol" is mainly found on grape skins, drinking hot red wine during colds can reduce cold symptoms and prevent colds.

Red wine contains alcohol, stain removal function, can not drink red wine, can be used to rub dark wood floors, wooden tables and chairs, can make the wood more brighter and brighter, but also can be used to clean glass, make the glass brighter .

Next: Drinking fruit wine is good for your health

Ms. ZIHUI NIU
What can I do for you?
Contact Supplier